I am not sure that history repeats itself‚ but it does seem to rhyme. As I approach pursuits in business‚ I try to make decisions in historical context.

The early editions of Darwin’s On the Origin of Species assumed that evolutionary speciation was a force of constant continuous change. Darwin had difficulty however explaining a lack of continuity in fossil records. The fossil record indicates an evolutionary record of species that suddenly appear and then disappear millions or hundreds of millions of years later. Later editions of the Origin acknowledged this fact. This advancement of Darwin’s theory was later further developed and described by Stephen Jay Gould in his book entitled Punctuated Equilibrium.1 It points out that the fossil record shows that species change does not advance gradually‚ but frequently massively disruptively.

Discontinuity‚ driven by Disruption‚ is the rule

In geologic time‚ the record shows discontinuity as the rule‚ not the exception. Massive disruptions repeatedly caused mass extinction and then mass speciation. Roughly 440 million years ago‚ 86% of life on earth was eliminated in the Ordovician-Silurian extinction from mass glaciation and falling sea levels. In the Permian-Triassic extinction roughly 250 million years ago‚ 96% of the species on earth became extinct due to enormous volcanic eruptions. Perhaps most well-known‚ 65 million years ago the combination of an asteroid impact in the Yucatan‚ volcanic activity‚ and resultant climate change eliminated 76% of the life on earth including the dinosaurs‚ a species that had sustained itself successfully for over 150 million years of relative stasis. In the past million years‚ the world has experienced an ice age on the average of 100‚000 year intervals.2

It is generally believed that the first forms of life on earth occurred about 3.8 billion years ago‚ beginning with single-celled bacteria like cells. By comparison relatively recently‚ in the past 500 million years‚ there have been five global mass extinction events. In each event‚ there was a cataclysmic disruption. Most species became extinct. A minority of species survived. The voids in the ecosystem were then rapidly filled by massive speciation. The dinosaurs‚ for example‚ were replaced largely by mammals. And thank goodness for that. But for that‚ I would not be here to write‚ nor you here to read.

When science and technology meet social and economic systems‚ you tend to see something like punctuated equilibrium. Something that has been stable for a long period suddenly disrupts radically….and then settles out in a new equilibrium. Examples include the discoveries of fire‚ the domestication of dogs‚ agriculture‚ gunpowder‚ the chronograph‚ enabling trans-oceanic transportation‚ the Gutenberg Press‚ the steam engine‚ Jacquard loom‚ the locomotive‚ urban electrification‚ the automobile‚ the transistor‚ the microprocessor‚ and the Internet. Each of these innovations collided with a society that had been in a period of relative long-term stasis and then all hell broke loose.

The construct of punctuated equilibrium is useful as a framework for thinking about disruption in today’s economy. In the technology world‚ we often think about Moore’s Law as a force of constantly increasing change. But that’s not the way it works.

The U.S. auto industry has been relatively static since the passage of the Federal interstate highway act in 1956. Now the synchronous arrival of Tesla‚ Uber‚ and autonomous vehicles are creating chaos. When it’s over‚ a new equilibrium will emerge.

We see this in cell phones. Land line operators were massively disrupted. We saw economic“speciation” from Motorola‚ Nokia‚ Blackberry‚ each at one time dominating the industry. The cell phone industry was in turn upended with the introduction of the iPhone in 2007. In the following decade‚ that too has settled into a new stasis‚ with hand held computing changing the very nature of interpersonal communication. The telecommunications industry is now dominated by over 2 billion smart phone users.3

The evidence suggests that we are seeing a mass extinction event in the corporate world in the early decades of the 21st century. Since 2000‚ 52% of the Fortune 500 companies have either been acquired‚ merged‚ or declared bankruptcy. It is estimated that 70% of the companies in existence today will shutter their operations in the next 10 years. In its wake we are seeing a mass speciation of innovative corporate entities with entirely new DNA like Uber‚ Lyft‚ Google‚ Facebook‚ Square‚ Airbnb‚ Wework‚ Amazon‚ Twilio‚ Box‚ Shopify‚ Zappos‚ and Axios.

Mass extinction events don’t just happen for no reason. This event appears to be another example of punctuated equilibrium. I believe the causal factor is Digital Transformation.

C3.ai, Microsoft, and Adobe partner to re-invent CRM with AI 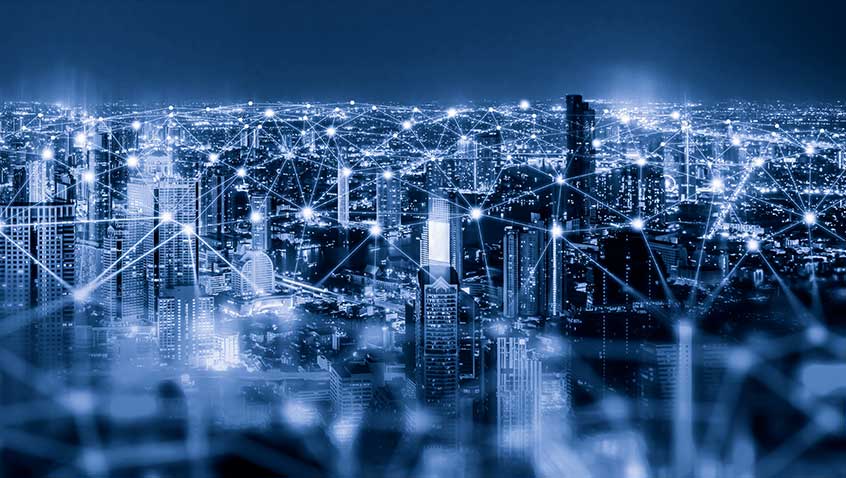