The oil and gas industry, facing headwinds never before seen in its more than 260-year history, is turning toward one of the youngest sectors of the economy, the digital technology industry, for answers.

Even as the industry is beginning to emerge from a global cratering of demand brought on by the COVID-19 pandemic, it is confronting a new series of daunting challenges. In January giant automaker GM announced plans to only offer electric vehicles by 2035, signaling a dramatic reduction in fossil fuel demand in the not-too-distant future. At the same time, investors who are becoming increasingly concerned about environmental, social and governance (ESG) risks, are pressuring oil and gas companies to dramatically reduce their output of carbon dioxide (CO₂) and other potent greenhouse gases.

All this comes at a time when the new presidential administration is aggressively putting forward a green energy agenda, which is likely to prioritize the use of renewable forms of energy, such as solar, wind and green hydrogen, over oil and natural gas.

Faced with all these challenges, the oil and gas industry is increasingly embracing digital tools such as machine learning and artificial intelligence (AI) to improve its efficiency in producing, transporting and selling its products, and to help the industry reduce its overall carbon footprint.

Earlier this month the Biden administration endorsed the role of AI in helping to bring about a green-energy future when the U.S. Department of Energy (DOE) announced it would award up to $34.5 million to promote the development of computed-based technologies, including AI and machine learning, “to tackle basic science challenges, advance clean energy technologies, improve energy efficiency, and predict extreme weather and climate patterns.”

The terms “AI” and “machine learning” are often confused, but have different meanings. Machine learning, part of AI, employs computer systems that are able to learn by analyzing data to discern patterns. AI refers to computer-based technology that imitates natural or human intelligence by being able to process large volumes of data, in order to accomplish a goal.

“Technologies like AI and machine learning can analyze the past, optimize the present and predict the future,” said Darryl Willis, corporate vice president of Energy at Microsoft.

From wellhead to burner tip

Oil and gas companies are employing machine learning technology across their entire value chains, from wellhead to burner tip.

For example, In the upstream segment of the oil and gas busines, producers are using AI for well-placement analytics, to determine the best spot to drill a well in order to avoid drilling a dry hole, and for production optimization to get the most oil or gas out of an oilfield at the most economical time. Pipeline companies use AI to analyze pipeline flows and determine the location and size of methane leaks.

Owners of gas processing plants can use AI software to create “digital twins” of equipment, allowing them to conduct predictive and preventive maintenance, analyzing when a single component or an entire facility might be likely to require maintenance before it actually needs it.

Among international oil and gas companies, Royal Dutch Shell is one of the most enthusiastic proponents of AI, having adopted the use of the technology across virtually all of its line of business. The supermajor has installed software to perform descriptive analytics and predictive maintenance for half a million valves in its operations across the world, deploying about two million machine-learning models in the process, said Tom Siebel founder, chairman, and CEO of AI software enterprise company C3.ai.

Dan Jeavons, Shell’s general manager of data science, said the use of machine learning and AI technologies allows the company to proactively monitor entire systems, rather than focus on monitoring just the largest pieces of equipment in those systems, such as a compressor in a gas plant.

“In these bigger elements, often the root cause of failure is not the thing itself, but things that are upstream or downstream. That might be a valve stuck or a pump that has stopped working,” he said. In the past, without AI, the company had not paid too much attention to monitoring all the components of a system, because there are just too many of them.

In its global rollout of AI technology Shell has deployed monitoring software on some of its biggest pieces of equipment, including 32 compressors, 16 pumps, three large-scale electronic subsea pumps, and three steam-and-gas turbines in locations around the world. “The list of equipment that we’re monitoring is growing by 300 pieces of equipment every week,” Jeavons said.

In another significant development, oil and gas companies are employing AI technology to reduce their carbon footprint.

“According to a report from PwC and Microsoft, AI technologies could reduce global greenhouse gas emissions by up to 4%. That is equivalent to the predicted 2030 annual emissions of Australia, Canada, and Japan combined,” Microsoft’s Willis said.

Oil producers also are using AI software to keep track of the volumes of fugitive emissions of greenhouse gases that escape from pipelines and oilfield equipment, the better to control them. Often, producers possess the data both they and regulators need to effectively monitor emissions, but that crucial information is fragmented, stored in multiple data silos across the producers’ systems.

“This is where AI can help by aggregating data from multiple silos and drawing conclusions when there is limited data,” Willis said.

Upstream oil companies are also using AI to optimize the storage of CO₂ for enhanced oil recovery. Beyond Limits, a Los Angeles-based industrial AI software company, has created an oilfield optimization application, in which captured CO₂ is pumped down a well bore to force more oil to the surface while ensuring the unwanted CO₂ remains trapped in the subsurface environment. 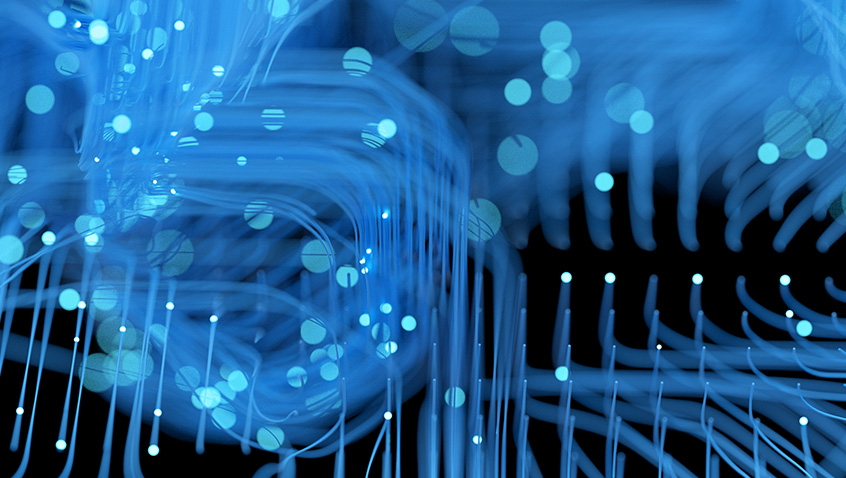